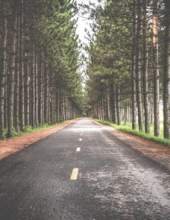 Born August 27, 1922 in Etscka, then Yugoslavia he was the son of the late, Johann and Juliana (Schimatz) Frank. In addition to his parents he also was preceded in death by his wife of 54 years, Ruth Caltrider Frank in 2010; one sister, Helen Leibinger and her husband, Gunther.

He received his citizenship in 1956 and worked for York Corp., Sylvania Electric, Oliver Corp. and Bendix Corp, York, Pa. and 22 years at Mack Truck as a skilled tradesman in Hagerstown.

Funeral services will be private.

Rest Haven Funeral Home, Hagerstown is assisting the family with the arrangements.
To order memorial trees or send flowers to the family in memory of Janko Frank, please visit our flower store.