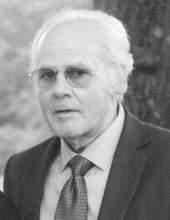 He was born in Washington D.C. on July 5, 1947 and grew up in Arlington, Va. He was predeceased by Leonard Sussholz, his father, and Barbara Webster Sussholz, his mother, both of Alexandria, Va.

He is survived by his loving wife Peggy Meckling, brothers-in-law John Gavlas and Bill Hurd of Mexico, James and Cheryl Gavlas, brother-in-law and sister-in-law and their children of Hamilton, New Jersey.

Jeff graduated from Wakefield High School in Arlington, Va. in 1965. He then attended the University of California at Berkeley graduating with a degree in architecture in 1969. This led to a successful career for many years in design and construction.

In later years he also worked as a professional artist at the Torpedo Factory Arts Center in Alexandria, Va. where he met his wife who was also working there as an artist.

Subsequently, Jeff and Peggy moved to Shepherdstown where they acquired a farm. Jeff loved living on his farm, the beauty of the outdoors and the wildlife. He was an animal lover who was involved in taking care of and rescuing many animals. Jeff was especially fond of his service dog Chiclet.

Memorial donations can be made to:
Animal Welfare Society of Jefferson Co. awsjc.org Hospice of the Panhandle hospiceotp.org Pigs Animal Sanctuary pigs.org