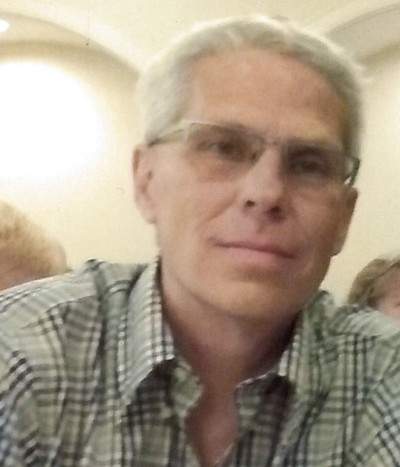 John Henry Lehman, 57, of Hagerstown, passed away on Friday, January 10, 2020 at Doey's House, in Hagerstown.
Born November 7, 1962 in Hagerstown, he was the son of the late John K. and Henrietta G. (Kelly) Lehman.
John was a 1981 graduate of South Hagerstown High School.
He was Catholic by Faith.
John drove a truck for Pleasants Construction, Inc. (EAI) in Clarksburg and then worked in the office.
John had a passion for model trains and was a former member of the Model Railroad of Waynesboro, PA. He also loved his family and his faithful dog, Pixie.
John is survived by his loving wife of 30 years, Sumitra (Solanki) Lehman; a daughter, Anastacia "Staci" Lehman; three sisters, Scarlett Lehman, Cindy Pinto, and Chantey Calandrelle and her husband Michael S. Calandrelle; seven nieces including, Toni, Kelley, and Casey Calandrelle and Devinia Kelly; two nephews; his mother-in-law, Maniben Solanki; several extended family members including the Messner family, Umeria family and Solanki brothers; wonderful neighbors, Becky and Steve and Anthony Robinson (our angel); and a host of friends.
In addition to his parents, he was also preceded in death by his father-in-law, Jayantitlal "Jay" Solanki, and his K9 companion, Binki.
A funeral service will be held at 1:00pm on Thursday, January 16, 2020 at Rest Haven Funeral Home, 1601 PA Ave., Hagerstown. The burial will follow at Cedar Lawn Cemetery.
The family will receive friends on Wednesday evening at the funeral home from 7-9pm.
In lieu of flowers, memorial contributions may be made in John's name to Hospice of Washington County, 747 Northern Ave., Hagerstown, MD 21742.
www.rsthvn.com
To order memorial trees or send flowers to the family in memory of John Lehman, please visit our flower store.