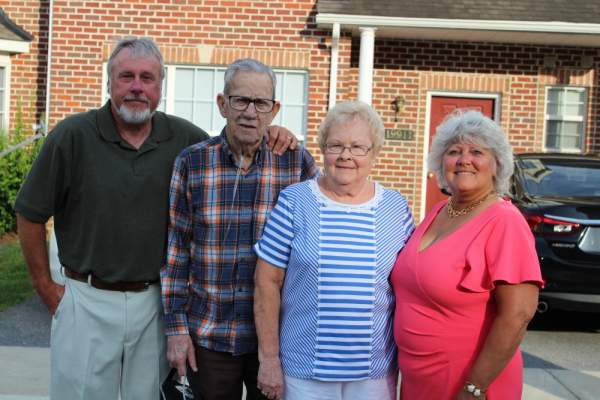 Born on October 17, 1935, in Clear Spring, he was the son of the late Mary Catherine (Frush) and Earl William Herbert. In addition to his parents, he was proceeded in death by four brothers, William Herbert, Richard Herbert, Roland Herbert and Victor Herbert.

John was a graduate of Williamsport High School class of 1953.

John was a Korean War veteran and served in the U.S. Air Force.

John was a member of Rehobeth United Methodist Church in Williamsport. He spent many years coaching baseball at Hagerstown Colt League and Williamsport Legion. He was a fan of horse racing. He enjoyed playing golf and fishing and was an avid bowler. John was very competitive and many remember John as a great joke teller.

All are encouraged to attend a graveside service on Tuesday, September 29, 2020 at 1:00 PM at Rest Haven Cemetery, 1601 Pennsylvania Ave., Hagerstown, with Pastor Garry Dawson officiating.

Memorial contributions can be made in John's name to St. Jude Children's Research Hospital, 4600 Fairfax Dr. #900, Arlington, VA 22203 or at www.stjude.org.

Online condolences can be made at www.rsthvn.com.
To order memorial trees or send flowers to the family in memory of John Lewis Herbert, Sr. "Squeaks", please visit our flower store.