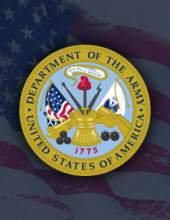 Born on March 10, 1941 in Hagerstown, he was the son of the late Grace Louise (Mowen) and Elmer Sam Nichols.

John served in the U.S. Army.

John attended art school in York, PA and was an avid painter.

In addition to painting, John was an avid fisherman, enjoyed spending time with family and friends, and played Bingo 3 nights a week until falling ill several years ago.

He is survived by one Sister; Loretta Rhynes, and Sister in law, Paula Phillips (Charles) whom he resided with until his passing, special companion Donna Ocker, and many friends.

In accordance to John's request, there will be no funeral services and burial will be private at Rose Hill Cemetery.

Online condolences can be made at www.rsthvn.com.
To order memorial trees or send flowers to the family in memory of John M. Nichols, please visit our flower store.