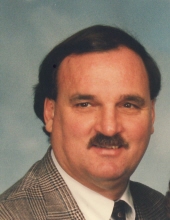 John William Harman, 74, of Hagerstown, passed away, Wednesday, February 12, 2020, at Meritus Medical Center, surrounded by his loved ones.

Born March 31, 1945 in Winchester, Va. he was the son of the late, Clarence Edmon Harman and Elva Mae (Cove) Dodson. In addition to his parents he also was preceded in death by his step father, Elmer Dodson; one sister, Juanita (Harman) and longtime friend, Dave Plank.

Mr. Harman retired from Mack Truck with over 50 years of service where he worked as a machinist.

He was a US Navy veteran of the Vietnam War. He was a member of the VFW Post 2123, Conrad-Hoover Post 21 American Legion and the Fraternal Order of Eagles, Aeries No. 824, all of Winchester, life member of the AmVets Post 10, Hagerstown, Improved Order of Redmen, Conococheague Tribe No. 84 and a life member of the Potomac Fish and Game Club, Inc., both of Williamsport, Md. He also loved riding his Harley Davidson with his Harley family and every year he looked forward to the Carlisle spring and fall car meets with his close friends. He was a graduate of John Handley High School in Winchester, Va., Hagerstown Junior College where he received an Associates Degree and a graduate of the James Rumsey Technical Institute, Martinsburg, W.Va.

Mr. Harman is survived by his son, Todd L. Harman of Williamsport; a brother, Michael Harman and his longtime friend and companion, Beverly Lorshbaugh of Hagerstown.

Inurnment will follow in Rest Haven Cemetery where military honors will be accorded by the U.S. Navy, Joint Veterans Council and Marine Corps League Honor Guards.

Friends will be received at the funeral home on Thursday from 6-8 P.M.
To order memorial trees or send flowers to the family in memory of John William Harman, please visit our flower store.