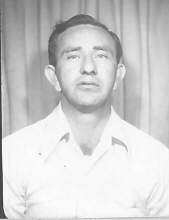 John William Henson, 83, of Hagerstown, passed away at home surrounded by family on Wednesday, April 28, 2021.

Born on January 30, 1938 in Sharpsburg, MD, John was the son of the late Harry and Blanche (Griffin) Henson. He was also preceded in death by his sisters, Evelyn Singleton and Betty Singleton; his brothers-in-law, Eddie Reynolds and Eugene Reynolds; and his sisters-in-law, Beverly Glaze, Irene Wilcox, and Bonnie Reynolds.

John was a member of the Owl's Club and loved to go dancing with his wife, Patricia. He was also a football fan, and loved watching the Redskins in particular. He also enjoyed working on cars.

Rest Haven Funeral Home is entrusted with arrangements.
To order memorial trees or send flowers to the family in memory of John William Henson, please visit our flower store.