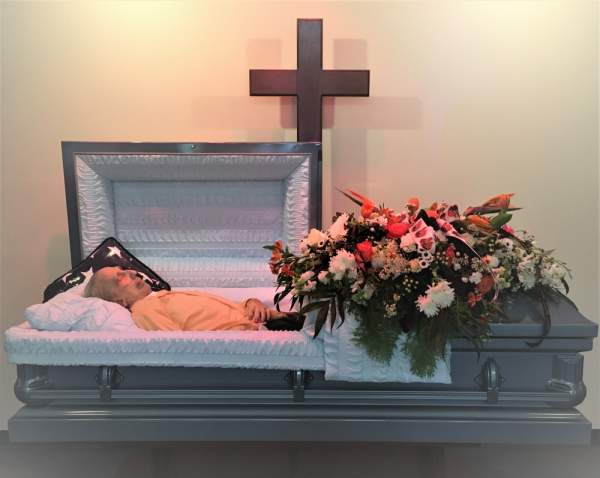 Born February 22, 1939, in Hagerstown, he was the son of the late Charles Ambrose and Mary Alice Virginia (Hall) St. Clair.

John was a veteran of the United States Air Force.

John started his career in the custodial field cleaning for area businesses and churches. He decided to open his own business in Hagerstown, BJ Janitorial, which he had for many years.

John was a lifetime member of AmVets Post 10. John enjoyed shuffleboard. He competed on a league and won many games. He enjoyed bowling. He was also a huge Baltimore Orioles and Ravens fan. Another favorite past time of John's was to watch the races at Charlestown. He was a fun-loving guy.

He is survived by his loving wife of almost 33 years, Bonnie Lee (Diffenderfer) St. Clair; four daughters, Mary, Debra, Doris, and Molly; a stepdaughter, Donna Fields; a granddaughter, Jeanie Felty; and a host of friends.

In addition to his parents, he was also preceded in death by several brothers and sisters.

A graveside service will be held at 1:00 PM on Tuesday, March 24, 2020 in Rest Haven Cemetery, 1601 Pennsylvania Ave., Hagerstown, with Pastor Carol Williams officiating.

The family would like to thank Hospice and the staff at Doey's House for their compassion and care.

In lieu of flowers, memorial contributions may be made to Hospice of Washington County, c/o Doey's House, 747 Northern Ave., Hagerstown, MD 21742.

www.rsthvn.com
To order memorial trees or send flowers to the family in memory of John William St. Clair, please visit our flower store.