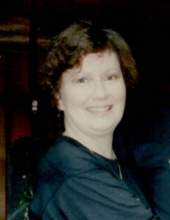 Born January 10, 1942, in Portland, Oregon, she was the daughter of the late Harvey F, and Alice Olive (Templeman) Howard. In addition to her parents she also was preceded in death by her husband, Christopher "Kit" Scripp.

Judie worked for the Montgomery County, Md. Humane Society and attended the Bayard Church of God and Fairview Church of the Brethren.

Rest Haven Funeral Home, Hagerstown is assisting the family with her arrangements.
To order memorial trees or send flowers to the family in memory of Judith M. Scripp, please visit our flower store.