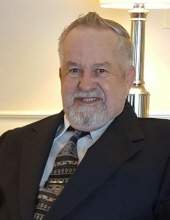 Kenneth Burbe Babington, age 83 ,of Funkstown, MD passed away January 21, 2022 at the Hospital Surrounded by his family.

Born on August 24, 1938 in Rohrersville, MD, he was the son of the late Frank Burbe and Nellie Catherine (Kephart) Babington. Kenneth was proceeded in death by his beloved wife, Bernice Maxine Long Mease Babington. In addition to his wife and parents, Kenneth was also proceeded in death by two brothers Leo “Buddy” Babington and Richard Edward “Buster” Babington, and two sisters, Janet Marie Babington Stouffer and Gladys “Dooks” Charles.

Kenneth retired with more than 30 years of service at Mack truck. He is a member of the Funkstown American Legion Post 211. Kenneth served with the US Army Reserve 1007th LEM Company both stationed in Hagerstown, MD. Prior to and after his retirement, Kenneth was active in the senior citizens duck pin bowling league at Southside Bowling. Kenneth enjoyed spending time with his Yorkie, Mr. B and continues to enjoy spoiling Burbe every single day. He is a member of Paramount Brethern in Christ Church, Hagerstown.

Friends will be received at the funeral home on Friday from 6-8 P.M. and on Saturday, one hour prior to the service.

In lieu of flowers, memorial contributions may be made in Kenneth’s name to the American Cancer Society.
To order memorial trees or send flowers to the family in memory of Kenneth B. Babington, please visit our flower store.