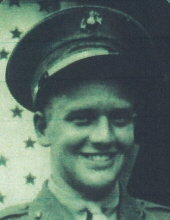 Born on August 23, 1926 in Kingwood, WV, Leon was the son of the late Ray and Blanche (Bishoff) Cress. He is also preceded in death by his first wife, Ann; second wife, Cathy; his brothers, Prentice Cress and Harlan Cress; and his sister, Vada Conrad.

Leon served in the Marine Corps and was a member of Lt. Peter G. Zouck VFW Post 521 where he participated in the honor guard and in parades. He was also a member of American Legion Liberty post 122, where he served as Steward. Leon also enjoyed traveling in his RV, and having get togethers and cookouts by the pool.

Services are private and at the convenience of the family. Rest Haven Funeral Home is assisting the family with arrangements.
To order memorial trees or send flowers to the family in memory of Leon Vance Cress, please visit our flower store.