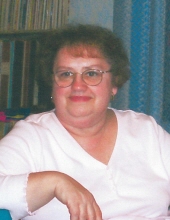 Born March 29, 1947 in Hagerstown she was the daughter of the late, Harold and Hilda Martin. In addition to her parents she also was preceded in death by her first husband, John A. Thompson.

In addition to being a wife, mother, grandmother and homemaker she worked as a film developer for Fuji Films Processing in Hagerstown.

She was a member of the Broadfording Church of the Brethren.

Due to the current social distancing rules, private viewing and graveside services will be conducted at the connivence of the family.

Rest Haven Funeral Home, Hagerstown is assisting the family with the arrangements.
To order memorial trees or send flowers to the family in memory of Linda Lou Cramer, please visit our flower store.