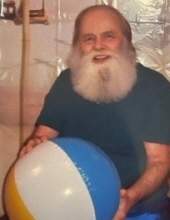 Born December 9, 1945, in College Park, Md. he was the son of the late, Lloyd D. and Hilda Marie (Cochran) Randolph. In addition to his parents, he also was preceded in death by his brother, Douglas Wayne Randolph.

Mr. Randolph had worked as a telephone technician for Bell South. He was a member of the American Legion Post 202, Williamsport, Md. and loved spending time with his family especially his grandchildren and great grandchildren. He enjoyed watching movies and walking in the park.

A graveside service will be conducted on Monday, August 15, 2022, at 11:00 A.M. at Rest Haven Cemetery, 1601 Pennsylvania Ave., Hagerstown with Pastor James Gross officiating.

To order memorial trees or send flowers to the family in memory of Lloyd Eugene Randolph, please visit our flower store.