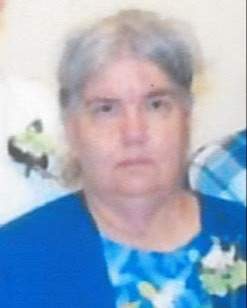 Born July 23, 1948, in Hagerstown she was the daughter of the late, Charles Harvey Turner, Sr. and Mary Louise (Williams) Turner. In addition to her parents, she also was preceded in death by her husband, Robert M. St Clair, Sr.; four siblings, Pat Kauffman, Kitty Staley, Mildred Turner, Richard Turner and two grandchildren.

In addition to being a wife, mom, mimi, and homemaker she also had worked for the Spickler Coal Co.

Mrs. St Clair was a member of the Broadfording Bible Brethren Church, Hagerstown.

Friends will be received at the funeral home on Saturday, one hour prior to the service.

To order memorial trees or send flowers to the family in memory of Mary Ellen St Clair, please visit our flower store.