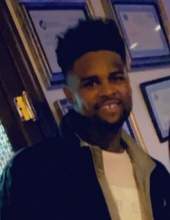 Born on March 13, 1998, Micah was the son of Teresa Holman and the late Michael Norris. He is also preceded in death by his grandmother, Carolyn Norris.

Micah loved making people laugh and always had a story to tell. He also enjoyed singing and music.

A celebration of Micah's life will be scheduled at a later date. In lieu of flowers, donations can be made to the family's GoFundMe campaign at www.gofundme.com/funeral-expenses-for-micah-norris

Rest Haven Funeral Home is assisting the family with arrangements.
To order memorial trees or send flowers to the family in memory of Micah Angelo Norris, please visit our flower store.