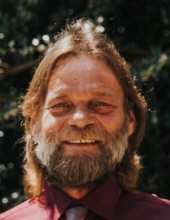 Michael Allen Griffin, Sr, 54, of Hagerstown, MD, passed away unexpectedly on Sunday, January 17th. Born in Washington, D.C. on March 20, 1966, he was the son of Carol Griffin Menz and the stepson of Thomas Butts, who survive him.

Mike worked in roofing and construction all his life and was willing to lend a hand to work on any project. He was an easy-going man who enjoyed simple things. Mike loved fishing, golfing (although he thought he was better than he actually was), playing cards, listening to music, watching football (he was a life-long Washington Redskins fan who swore he would find a new team every season) and above all spending time with his friends and family, especially his grandchildren. Mike was always just a phone call away and as much as he said he didn’t like to talk, he could talk your ear off about anything! He will be remembered for his ability to make people laugh and his love of family. So, Mike, be free, be strong and be proud. Know that you are mourned and missed and were loved and are beloved! Be Blessed!

A memorial service will be held on Saturday, January 23rd, 2021 at 2:00pm at Rest Haven, 1601 Pennsylvania Ave, Hagerstown, MD. Friends will be received at the funeral home one hour prior to the service. In lieu of flowers, please donate in Mike’s memory to a charity of your choice or Children’s National Hospital.
To order memorial trees or send flowers to the family in memory of Michael Allen Griffin, Sr., please visit our flower store.