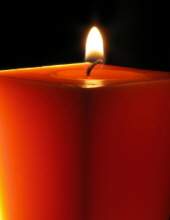 Michael Edwin Anderson, 60, of Hagerstown, passed away, Wednesday, July 1, 2020 at the University of Maryland Medical Center, Baltimore, with his wife and daughter by his side.

Born March 25, 1960 in Hagerstown he was the son of the late, Edwin Angle Anderson and Florence Lucille (Baynard) Castle. In addition to his parents he also was preceded in death by his son, Michael W. "Mikey" Anderson; step mother, Ada Anderson; step father, Paul Castle, Sr.; mother in law and father in law, William "Bill" Shubert, Sr. and Jackie "Maw Maw" (Itnyre) Shubert and a brother in law, Robert "Bobby" Shubert, Sr.

Mike attended South Hagerstown High School and had worked as a painter with Paul Crampton Contractors.

He was Christian by faith and a avid Philadelphia sports fan, NASCAR's Kevin Harvick fan and a sports memorabilia collector. He also enjoyed working in his garden, tending his flowers.

Friends will be received on Tuesday from 10:00 A.M. until 12:00 noon at Rest Haven Funeral Home, 1601 Pennsylvania Ave., Hagerstown. Due to current Covid-19 restrictions 30 people in the funeral home at one time, social distancing and face coverings are required.
To order memorial trees or send flowers to the family in memory of Michael Edwin Anderson, please visit our flower store.