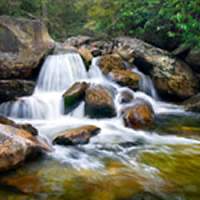 Michael Lee Heerd, 48, of Hagerstown, passed away on Saturday, November 2, 2019 at his home.
Born March 28, 1971 in Maryland, he was the son of Vickey Ann (Himes) Lewis of San Antonio, TX., and the late Ronald McKinley Heerd.
In addition to his mother is also survived by his step-father, Mark Lewis; step-mother, Sharon Heerd; three children, Joshua Heerd, Michael Heerd Jr., Shania Heerd; girlfriend, Michelle Meador; maternal grandmother, Doris Himes; brothers and sisters, Jodi Lewis, Heather Creasey, Josh Heerd and Ronald Heerd Jr.; numerous nieces and nephew's; and many friends.
In addition to his father, he was also preceded in death by his paternal grandparents, Elmer and Catherine Heerd; and his maternal grandfather, Roy Himes.
Over the past several years Michael was involved with the Building Veterans program in Brunswick Maryland. While there, he was mentored by a fine group of men, and became a mentor and friend to others.
He will be remembered for his love of heavy metal music, his love for his pets and his artistic skills. Many considered him to give the world's best hugs.
A graveside service will take place at Resthaven Memorial Gardens, 9501 Catoctin Mountain Hwy, Frederick, at 1PM on Friday, November 8, 2019.
To order memorial trees or send flowers to the family in memory of Michael Lee Heerd, please visit our flower store.