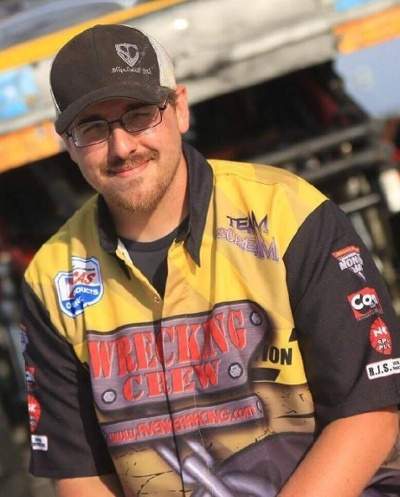 Michael "Mike" Brandon Thompson, 26, of Hagerstown, passed away, Tuesday, August 20, 2019 at his home.
Born February 7, 1993 in Hagerstown he is the son of Steven W. Thompson, Sr. and Tammy L. (Mills) Thompson.
He had worked as a crew chief, driver and fabricator for Back Draft Racing of Pennsylvania, Bottom Feeder Motor Sports of Maine, Team Scream Racing of Michigan and Vaters Motor Sports of Hagerstown and most recently as a fabricator for Transtech Freightliner of Hagerstown.
In addition to his parents, Mike is survived by his brother, Steven W. Thompson, Jr. and wife, Colleen; maternal grandfather, Archie "Ted" Mills; two nephews, Michael and Duncan; aunts and uncles; numerous cousins including special cousin, Karin Mills-Poffenberger; many friends and his beloved dog, Cisco "Weiner".
Mike was preceded in death by his maternal grandmother, Mary (Carty) Mills and his paternal grandparents, Robert J. Thompson, Sr. and Retta Jean (Mills) Thompson
Funeral services will be conducted on Monday, August 26, 2019 at 2:00 P.M. at Rest Haven Funeral Home, 1601 Pennsylvania ave., Hagerstown with Chaplain Bob Fraley officiating.
Friends will be received at the funeral home on Monday, two hours prior to the service.
Interment will follow in Rest Haven Cemetery.
In lieu of flowers memorial contributions may be made in Mike's name to American Foundation for Suicide Prevention, http://afsp.org.
To order memorial trees or send flowers to the family in memory of Mike Thompson, please visit our flower store.