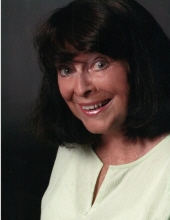 Nancy Clark Boyer, aged 90 years, passed away Tuesday, April 14, after being hospitalized with COVID-19 and an underlying lung condition.
Nancy was born in Pittsburgh, PA on July 27, 1929 several months before the stock market crash that heralded the Great Depression. Her parents were Sarah S. Clark, who had immigrated to this country from N. Ireland, and Maurice U. Clark originally from Meyersdale PA, youngest son in a family of seven sisters.
Nancy's family lost their house during the Depression, and she remembered vividly her parents' efforts to save the house by furnishing the top floor as an apartment and taking in borders. Ultimately, the family moved from the Mt. Lebanon neighborhood in Pittsburgh, to Dormont, to Sheridan, as their financial situation worsened.
The high value placed by the family on education, however, ensured that Nancy and her sister Pat (Miller) would attend college: Grove City College in Pennsylvania. Nancy had attended summer school at Langley High in order to graduate early, and did the same at college, taking her BS in Commerce in 1949, having made many long-lasting friendships among her sorority sisters, and having become engaged to her future husband Donald B. Boyer. They married in 1950, a marriage that would last until Don's death in 2006 and which produced four children.
The young couple lived briefly in Johnstown, PA, Don's home town, then Don's 5-year stint with the FBI took them to Chicago, and then Los Angeles, where Nancy worked at Occidental College. When Don left the FBI for a job at Livermore Lab they moved to Walnut Creek where their first child Rebecca was born.
Nine months later, they moved back east to Hagerstown, where second child Christopher was born. After a brief detour to Alexandria VA, they returned once again to Hagerstown, where Nancy lived and worked for the next 58 years. Nancy and Don joined Covenant Presbyterian Church on their return to Hagerstown, where she was extremely active in church life, serving as Church Secretary, Editor of the church newsletter, Cruisers Adult Fellowship, Elder, Sunday School teacher, and choir member. The couple was blessed with two more children, Sean and Amanda, and Nancy continued to be active in the community, serving with the Girls Club, as AAUW newsletter editor, and in leadership positions in the Red Cross.
Her passion for education policy led her to run for, and win, a seat on the first elected school board in Washington County. She was instrumental in moving the county's grading policy to a numerical scale that afforded more granularity in academic evaluation.
She followed her term there with a run for County Commissioner in 1978. She was proud to have made it through the primary, but was defeated in the general. Beginning in 1979,
worked for Meyers, Young and Grove as a paralegal for 10 years, retiring in 1989.
Retirement brought new challenges: she served as co-chair of the Women's Auxiliary Snack Bar at WC Hospital, was on the Board of Goodwill Industries, and in 2006 she was honored with a Life of Leadership award from Women at the Table. She was a Deacon, Sunday School teacher and Circle member at First Christian Church, and remained active in Book Club and Shepherds until her death.
She is survived by four children: Rebecca Boyer-Andersen (Dick), Christopher Boyer, Sean Boyer, Amanda Boyer-Everett (Lenny); four grandchildren: Molly Minor, Toby Andersen, Hannah Andersen, Zoe Everett; and four great-grandchildren: Jonah, Eli, Mae, and Blaise Minor.
In lieu of flowers, please consider a donation to Smile Train, Inc.; Horizon Goodwill Industries of Hagerstown; or The Wounded Warrior Project.
To order memorial trees or send flowers to the family in memory of Nancy Jane Clark Boyer, please visit our flower store.