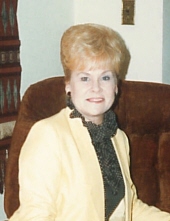 Born January 27, 1931 in Wirtz, Virginia she was the daughter of the late, Hubert B. and Lucy L. (Holley) Hall. In addition to her parents she also was preceded in death by her husband, Charlie McLaren; four siblings, Katie Glassford, Charlie B. Hall, Hubert L. Hall and Betty Lou Barnes.

Mrs. McLaren owned and operated the Castle Motel in Greencastle for 35 years.

She was a member of the American Legion Ladies Auxiliary, Greencastle.

Graveside services will be private and held at the convenience of the family.

A memorial service will be announced at a later date.

Rest Haven Funeral Home, Hagerstown is assisting the family with the arrangements.`
To order memorial trees or send flowers to the family in memory of Nellie Mildred McLaren, please visit our flower store.