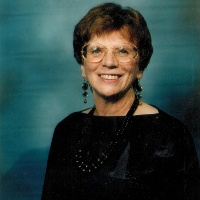 Olga Thedoria Sweeney, 90, of Hagerstown, passed away, Wednesday, August 14th, 2019 at Greenfield Assisted Living, Hagerstown Md. Born February 11, 1929 in Waterbury Connecticut she was the daughter of the late, Theodore and Anastasia (Shirak) Sabatowich. In addition to her parents she also was preceded in death by her step father who raised her, Andrew "Didi" Podgaesky; her loving husband of 55 years, Robert Sweeney; three brothers, Joseph Sabatowich, Peter Sabath, and Theodore Sabatowich; two sisters, Anna Rewak and Mary Kosko. Mrs. Sweeney had been a dance instructor at the Arthur Murray School of Dance where she met her husband, Robert and attended the Traphagen School of Fashion, both in NYC. She was a graduate of Hagerstown Community College and along with her daughter, Susan started US Recycling Center in 1982 in Hagerstown MD. She is survived by four children, Paul W Sweeney and wife, Denise of Hagerstown, Susan Sweeney and husband, Ed Bain of Henderson, NV, Steve Sweeney and wife, Julia of Brookville, MD and James (Jim) Sweeney of Bethesda, MD; and seven grandchildren who she loved and adored; Brandon and wife Amanda, Alex, Katelyn and Husband Tristan Willis, Sophie, Zoe, Sean and Evan and one great grandchild Arianna. A memorial Service will be conducted on Saturday, August 24, 2019 at 1:00pm at Rest Haven Funeral Home, 1601 Pennsylvania Ave., Hagerstown with friend of the family, Pastor Byron Bakalis officiating. Inurnment will follow in Rest Haven Cemetery.
To order memorial trees or send flowers to the family in memory of Olga Thedoria Sweeney, please visit our flower store.