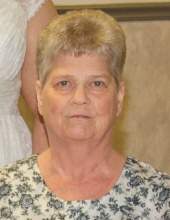 Born December 4, 1952 in Hagerstown she was the daughter of the late, Ralph W. and Thelma I. (Bailey) Shipley. In addition to her parents she also was preceded in death by three sisters, Anita L. Hadley, Roseann Miller and Doris L. Baker.

Mrs. Grimes was a 1970 graduate of South Hagerstown High School. She had worked for the Washington County Board of Education as a lunch aide for Funkstown Elementary and previously had worked for Howard Arts and Frames in framing and matting.

She was a member of St. Paul's Lutheran Church, Funkstown.

Friends will be received at the funeral home on Thursday from 6-8 P.M.

In lieu of flowers memorial contributions may be made in Pamela's name to St. Paul's Lutheran Church, 24 E. Baltimore St., Funkstown, MD 21734
To order memorial trees or send flowers to the family in memory of Pamela Sue Grimes, please visit our flower store.