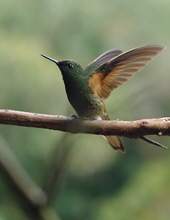 Born and raised in Rockville, MD on March 6, 1936, she was the daughter of the late Charles Marion and Jessie Pauline (Myers) Dwyer. In addition to her parents she was preceded in death by her former husband of 51 years, Paul George Jones, Sr.; two sons, Bradley Lane Jones and David Gregory Jones; two brothers, Alfred Paul Dwyer and Charles Campbell "Buddy" Dwyer, and one sister, Carolyn Lee Ault.

Peggy was a homemaker and attended Brook Hill United Methodist Church in Frederick.

Peggy lived in Hyattstown, MD, Laurel DE, Hagerstown and Frederick, MD prior to living at Vindobona Nursing Home. She also lived in California and Louisiana during her early 20's.

Private graveside services will be conducted in Rest Haven Cemetery, Hagerstown with Rev. Dana Werts officiating. Due to the COVID-19 restrictions, a Celebration of Life will be scheduled at a later date.

In lieu of flowers, memorial contributions may be made in Peggy's name to Heartly House, Daybreak Adult Day Services, Frederick Health Hospice or Care Net Pregnancy Center, all of Frederick.

The family would like to take this opportunity to thank the Vindobona staff for their loving care of Peggy during the last few years, especially at the time of her passing.

Rest Haven Funeral Home, Hagerstown is assisting the family with the arrangements.
To order memorial trees or send flowers to the family in memory of Peggy Jean Dwyer Jones, please visit our flower store.