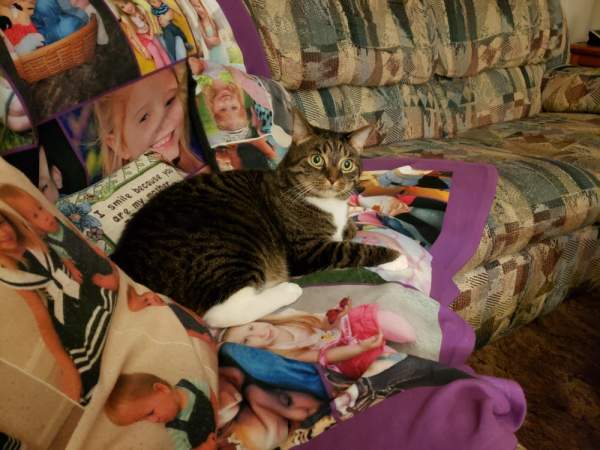 Born June 13, 1941 in Hagerstown she was the daughter of the late Eavey H. and Grace A. (Covey) Nunamaker.

She was a member of The Good Shepherd Ministries.

Phyllis had been her local teamsters union president and had worked as a press operator for Arnolds and Relizon.

She was the Bingo Caller at Stoddards for many years, enjoyed league bowling, and was a past member of North Hagerstown Lions Club.

Phyllis had lived at Potomac Towers in Hagerstown for over 20 years prior to moving to Cadia Healthcare.

Phyllis was also preceded in death by her grandaughter Jennifer Haines Richards in 2016.

A viewing will be held on Sunday, February 6th, from 6-8 PM at Rest Haven Funeral Home, Hagerstown.

In lieu of flowers, memorial contributions may be made in her name to Hospice of Washington County, 11370 Caring Pathway Lane, Hagerstown, MD 21742 and Alzheimer’s Association 1850 York Road Suite D Timonium, MD 21093.

Online condolences may be made to: rsthvn.com
To order memorial trees or send flowers to the family in memory of Phyllis Ann Gorman, please visit our flower store.