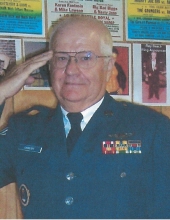 Born on May 20, 1941 in Rockingham County, VA, Dick was the son of the late George and Virginia "Ginny" (Alibright) Caricofe. He was also preceded in death by his son, Neil "The Power Superior" Caricofe; and his brother, George Caricofe, II.

Dick founded Beaver Creek Antique Market in the 1980's along with three other partners. Dick was also president and promoter of the NWL, and The House of Pain Wrestling.

Although a professional in both the antique field and the wrestling world, his love of animals was always his joy in life, and special mention should be made that he is survived by his cats, Teddy Bear and Baby Gurl, who stayed by his side, along with his wife and son during his long illness and made his day happy. He also loved feeding the squirrels and birds in his backyard.

Dick is survived by his loving wife, LInda Caricofe, and his son, Dwayne "Nu" Caricofe. He is also survived by his brother, Leonard Caricofe; and his sisters, Judy Caricofe, Milgred Moyers, and Evelyn Ropp; and his first wife and mother of his sons, Pat.

Dick requested a graveside service attended only by immediate family. Interment is at Rest Haven Cemetery in Hagerstown, MD.

In lieu of flowers, Dick asked donations to be made in his name to any charity supporting animals.

Rest Haven Funeral Home is entrusted with arrangements.
To order memorial trees or send flowers to the family in memory of Richard Allen Caricofe, please visit our flower store.