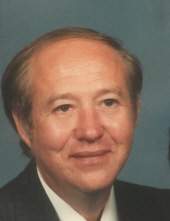 Richard Lynn Cunningham, 74, of Hagerstown, passed away on Friday, May 13, 2022 at Berkeley Medical Center, Martinsburg, WV.

Born on April 8, 1948 in Hagerstown, he was the son of the late Robert Lowery Cunningham and Anna Kathryn (Straley) Cunningham.

In addition to his parents, he was preceded in death by a brother; Timothy E. Cunningham.

He went on to graduate from the University of Maryland of College Park and received his MBA from Frostburg University.

He served in the U.S. Navy and was a Vietnam War veteran.

Richard worked at the Maryland Correctional Training Center as a Case Manager Supervisor for 35 years, having retired in 2012.

Richard was a member of Berean Bible Fellowship of State Line, PA and was a former member of First Baptist Church in Hagerstown where he served as a Sunday school teacher and Deacon. He was a member of the Gideons International of Washington County and a member of Morris Frock American Legion, Post 42.

Online condolences can be made at www.rsthvn.com.
To order memorial trees or send flowers to the family in memory of Richard Lynn Cunningham, please visit our flower store.