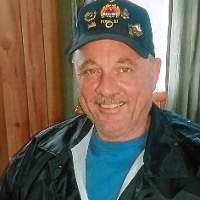 Richard Phillip Rager, 58, of Hagerstown, Maryland, passed away, Sunday, June 16, 2019 at his home.
Born February 12, 1961 in Hagerstown he was the son of the late, Paul E. and Juanita M. (Semler) Rager. He also was preceded in death by his cat Sylvester.
Richard was a 1979 graduate of Boonsboro High School and proudly served in the US Navy aboard the USS Claude V. Ricketts. He was a member of the AmVets Post 10, Hagerstown and the Funkstown American Legion Dixon-Troxell Post 211.
He had worked for Prudential Security as a security guard.
He loved spending time with family, fishing, listening to classic country music, going to feeds with his family and friends and animals.
Richard is survived by his brother, Ricky E. Rager (Barbara) of Hagerstown; two sisters, Debbie Burker (Butch) of Fairplay, Md. and Virginia Rowe (Robert) of Hagerstown and his cat, Butler.
Funeral services will be conducted on Tuesday, June 25, 2019 at 11:00 A.M. at Rest Haven Funeral Home, 1601 Pennsylvania Ave., Hagerstown with Pastor Jeffrey Shaw officiating.
Interment will follow in Rest Haven Cemetery, where military honors will be accorded by the US Navy and the Joint Veterans Council and Marine Corps League honor guards.
Friends will be received at the funeral home on Monday from 6-8 P.M.
To order memorial trees or send flowers to the family in memory of Richard Phillip Rager, please visit our flower store.