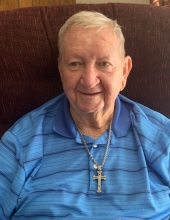 Born October 12, 1934 in Hagerstown he was the son of the late, Franklin and Dora (Socks) Wyand. In addition to his parents he also was preceded in death by his loving wife, Shirley J. (Reed) Wyand; a son, Terry A. Wyand; three brothers, George, Glenn and Carol Wyand; two sisters, Dorothy Shorter and Mary Lou Neiser and his son in law, Rodney A. Miller.

Mr. Wyand had worked as a pipe organ builder for M.P. Moller Pipe Organs for 25 years and then owned and operated the Stag Bar in Hagerstown.

He attended St. Marks Lutheran Church, Hagerstown and Maugansville Bible Brethren Church, Maugansville. He stood firm in his faith and his love of God and the love of his family.

He was an avid golfer and sports fan and was very active in coaching his sons sporting events.

Friends will be received at the funeral home on Thursday one hour prior to the service.

Due to the current COVID-19 restrictions, no more than 25 people allowed in the funeral home at one time. Face masks and social distancing are required.

In lieu of flowers, memorial donations may be made in Richard's name to St. Mark's Lutheran Church, 601 Washington Ave., Hagerstown, MD 21740.
To order memorial trees or send flowers to the family in memory of Richard "Whitey" S. Wyand, please visit our flower store.