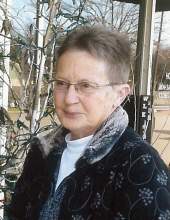 In addition to being a Homemaker, Rita retired from Homewood Retirement Center in Williamsport, MD. after 27 years of service. A Memorial Service will be held on Saturday, April 9th at 11:00 A.M at Rest Haven Funeral Home, 1601 Pennsylvania Ave, Hag., MD. 21742.

Rita loved flowers and flowers would be welcomed but, in lieu of flowers, a donation may be made in honor of Rita to the American Lung Association, 55 West Waker Drive, Suite 1150, Chicago, IL 60601

Visitation one hour prior to the service will be allowed.

Online condolences may be expressed at www.rsthvn.com

To order memorial trees or send flowers to the family in memory of Rita Ann Shaffer, please visit our flower store.