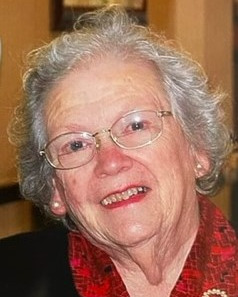 Rita Jane Hartnett, 98, of Maugansville, passed away peacefully at her home on January 3, 2023.

Born on November 17, 1924 in Blue Ridge Summit, she was the daughter of the late Harry E. and Ethel (Raymer) Martin.  She was the wife of the late Lawrence Joseph Hartnett for nearly 62 years.

Jane was a lifelong member of Saint Mary’s Catholic Church. She worked at Potomac Edison where she met her husband.  After raising her family, she worked at Maugansville Elevator and Lumber Company for 17 years, retiring in 1988.

Private services will be held at Saint Mary’s Catholic Church in Hagerstown.

To order memorial trees or send flowers to the family in memory of Rita Jane Hartnett, please visit our flower store.