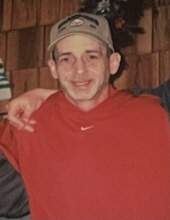 Born May 5, 1962, he was the son of the late Robert J. Talbert, II and Phyllis Conrad-Murray Talbert.

He was raised in a Catholic Church and always had his Bible nearby.

Robert loved nature; he enjoyed fishing and attending concerts. He also loved cats, always having one by his side. Robert was a big Pittsburgh Steelers fan. Lastly, he was a family man.

In addition to his parents, he was preceded in death by two daughters; Heather Ann (Gladhill) Talbert and Cassie Jo Kolb, and his grandparents; Robert J. Talbert, I, and Martha Talbert.

A memorial service will be held on Saturday, April 30, 2022, at 1:00 P.M., at Rest Haven Funeral Home, 1601 Pennsylvania Ave., Hagerstown.
To order memorial trees or send flowers to the family in memory of Robert J. Talbert, III, please visit our flower store.