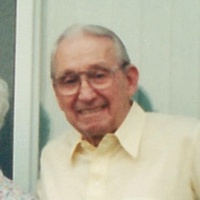 Robert Lee "Smitty" Smith, 94, of Hagerstown, passed away, Friday, May 10, 2019, at Coffman Nursing Home, Hagerstown.
Born January 24, 1925 in Hagerstown he was the son of the late, Ermyl Gratton and Lillian Viola (O'Neal) Smith. In addition to his parents he also was preceded in death by his step father, Roy Price; his wife of 40 years, Iva R. (Shry) Valentine Smith; two step sons, Raymond and Joseph Valentine; a step daughter, Judith Sharer; a brother, Ermyl Smith; a sister, Mary A. Young and a step grandson, Ronald P. Deitrich II.
Mr. Smith was a US Army veteran, serving in Germany during the Korean War and was a life member of VFW Post 1936, Hagerstown and a life member of the American Legion Post 211, Funkstown.
He retired with over 50 years of service as an optician for Hager Optical, Hagerstown.
He is survived by a step daughter, Janet I. Jones; seven step grandchildren; fifteen step great grandchildren and one step great great grandson.
Funeral services will be conducted on Tuesday, May 14, 2019 at 1:00 P.M. at Rest Haven Funeral Home, 1601 Pennsylvania Ave., Hagerstown with Rev. Mark C. Mooney officiating.
Interment will follow in Rest Haven Cemetery.
Friends will be received at the funeral home on Tuesday one hour prior to the service.
To order memorial trees or send flowers to the family in memory of Robert Lee Smitty Smith, please visit our flower store.