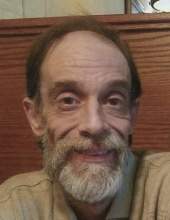 Robert Lee Tagg, 52, was born January 20, 1969, at Washington County Hospital. September 27, 2021, Rob left this life to be reunited with his mother Yolanda Tagg, and his son Adam. Rob was also preceded in death by his grandparents Ivan and Miriam Tagg and Ray and Jo Ambrose, and brother Ivan L. Tagg, III.

As a young boy, Rob played little league baseball and represented Hagerstown at the Soap Box Derby in Akron, OH. He graduated from North Hagerstown High School, class of 1987. He became a Master Electrician and was a dedicated employee of Action Products, Inc for 26 years as their Industrial Electrician.

Rob coached soccer for HAYSL for many years, enjoyed fishing, as a member of the Western MD Sportsmen's Club he a enjoyed time at the river at a family cabin. Rob enjoyed spending time with his son Aaron and taking long car rides to wherever.

Rob is survived by his wife, Tammy Tagg and his son Aaron, his father Lee Tagg and wife Pat, his in-laws, William and Deborah Schmidt and his sister, Lisa Hall and husband Dave.

A memorial service will be held private and at the convenience of the family.

In lieu of flowers, contributions can be made to Rest Haven Funeral Home, 1601 Pennsylvania Ave., Hagerstown, MD 21742, to assist the family with the funeral expenses.
To order memorial trees or send flowers to the family in memory of Robert Lee Tagg, please visit our flower store.