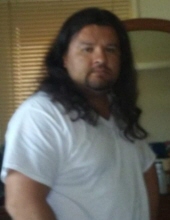 Robert “Rob” Michael Smith, 39, of Hagerstown, Maryland succumbed to his addictions on Saturday, May 23, 2020.

In addition to his father, he also was preceded in death by his brother John K. Smith of Martinsburg, WV in 2016.

Burial will be private and at the convenience of the family.

Memorial donations may be made to Brooke’s House, or First Christian Church Chancel Choir in memory of Rob.
To order memorial trees or send flowers to the family in memory of Robert "Rob" Michael Smith, please visit our flower store.