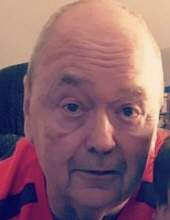 Born September 16, 1945 in Hagerstown, MD, he was the son of the late Robert E. and Mabel (Oren) Schooley. In addition to his parents, his sister, Joyce Taylor, also preceded him in death.

Bob is survived by his daughter, Laura Berry, grandson, Wyatt Bingaman and great-grandson Benjamin Bingaman all of Hagerstown. He also leaves behind his companion of 23 years, Jean Hanna, his sister, Evelyn Yoder and his favorite niece Jodie Warrenfeltz. This is in addition to numerous other nieces and nephews. He also leaves behind his furbaby; a spoiled longhaired wiener dog named Jasmine, whom he loved dearly and took with him everywhere.
He graduated from North Hagerstown High School and had a career at the A&P (later Super Fresh) for more than 30 years. Bob was a member of the First Christian Church in Hagerstown. He was also a member of Williamsport Redmen, Tribe 84.

Bob was a friend to many and enjoyed helping others. He was known for helping his friends and family and for putting others first. He spent most mornings at SAM’s Club, which was his favorite store and for many years, Bob and Jean visited their dear friend Mrs. Williams at her farm almost daily, which was something he enjoyed to do.

A Memorial Service will be held at a later date for family, and close friends.
To order memorial trees or send flowers to the family in memory of Robert Wayne Schooley, please visit our flower store.