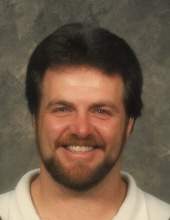 Born on October 6, 1956, in Hagerstown, he was the son of the late Philip Baker Brown and JoAnn Wilhide Brown, and was a 1974 graduate of North Hagerstown High School where he played for the Baseball and Football teams.

Rodney was an avid outdoorsman. He was a former member of the Waynesboro Fish & Game Association and the AC Hunt Club and he often went on hunting trips out west with his father and brothers. Rodney also enjoyed spending time with his family, playing poker, and supporting the Baltimore Ravens.

Rodney was a long time employee of Fairchild Industries, working as an Auto-clave Operator. He retired from Rustoleum as a Forklift Operator.

Rodney gave his life to the Lord on February 7, 1992 at Gateway Church.

A graveside service is scheduled for Monday, June 15 at 10:00 AM with a graveside visitation starting at 9:00 AM. Due to COVID-19 restrictions, please be sure to wear a mask. Following the service, a Friends and Family Gathering for lunch and fellowship will be held in Mercersburg, PA.

Arrangements are entrusted to Rest Haven Funeral Home, Hagerstown.
To order memorial trees or send flowers to the family in memory of Rodney Keith Brown, please visit our flower store.