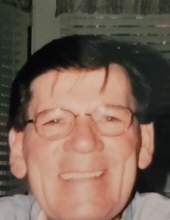 Born February 26. 1942 in Hagerstown he was the son of the late, Leonard Earl and Geneieve Anna (Troxell) Price. In addition to his parents he also was preceded in death by, two brothers, his twin, Donald Price and Robert Price and one sister, Patricia Morningstar.

Mr. Price was a member of First Christian Church Hagerstown.

To celebrate his life friends will be received on Friday, April 2, 2021 from 6-8 P.M. at Rest Haven Funeral Home, 1601 Pennsylvania Ave., Hagerstown.

A private graveside service will be conducted in Rest Haven Cemetery at the convenience of the family.

In lieu of flowers memorial contributions may be made in Ronald's name to Hospice of Washington County, (Doey's House) 747 Northern Ave., Hagerstown, Md. 21742
To order memorial trees or send flowers to the family in memory of Ronald Eugene Price, please visit our flower store.