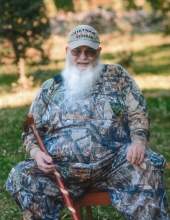 Born June 28, 1953 in Hagerstown he was the son of the late, Orville and Charlotte Marie (Hovermale) Hart. In addition to his parents he also was preceded in death by two brothers, Terry and Teddy Hart.

Ronald was a veteran of the United States Marine Corps and had served in Vietnam.

He retired as a Lieutenant Corrections Officer at MCTC, Hagerstown.

Ronald was a member of Calvary Temple; Improved Order of Redmen,Conococheague Tribe No. 84, both of Williamsport and Funkstown American Legion, Post 211.

He was an outdoors man and an avid hunter and fisherman.

Graveside services will be conducted on Thursday, July 21, 2022 at 11:00 A.M. at Cedar Lawn Memorial Park,17636 W. Washington St., Hagerstown with Pastor James Gross officiating. Military Honors will be accorded at the graveside.

In lieu of flowers memorial contributions may be made in Ronald's name to Community Rescue or the the Veterans Administration.

Rest Haven Funeral Home, Hagerstown is assisting the family with the arrangements

To order memorial trees or send flowers to the family in memory of Ronald Lynn Hart, please visit our flower store.