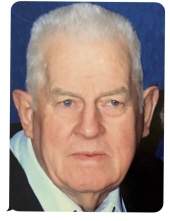 Roy was a 1946 graduate of Hagerstown High School.

After graduation, he began working for his father, Reno Rice and Sons Builders, which later became Rice Brothers Contractors. He later retired independently as Roy L Rice, Builder in 1993.

Roy served in the U.S. Army during the Korean War.

Roy played the trombone for over 70 years and was a member of The Harmony Band and Hagerstown Civic Band where he enjoyed playing in parades and special events. Roy enjoyed boating with his sons, hunting and building custom furniture.

He was a member of the 32nd Degree Scottish Rite Masons, Ali Ghan Shrine and The Tall Cedars of Lebanon.

He was preceded in death by two brothers Austin and Elmer Rice.

Funeral services will be held at 2:00 PM on Monday, December 20th, 2021, at Rest Haven Funeral Home with Pastor Richard Daughtridge officiating, burial will follow in Rest Haven Cemetery 1601 Pennsylvania Ave., Hagerstown, MD 21742.
The family will receive friends one hour prior to the service at the funeral home.

In lieu of flowers memorial contributions may be made to a charity of one’s choice.
To order memorial trees or send flowers to the family in memory of Roy Luther Rice, please visit our flower store.