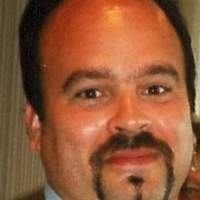 Samuel Clifford "Sam" Brewer, 59, of Boonsboro, passed away on Thursday, December 27, 2018 at Doey's House in Hagerstown.
Born July 13, 1959 in Maryland, he was the son of Robert Brewer and the late Shirley (Latrel) Brewer.
As a young man, Sam entered the Marine Corps, and the discipline of the Corps shaped his life in many ways. Until his passing, Sam carried that sense of order that he acquired in service to his country into all that he did.
In addition to his father, Sam is also survived by his loving wife of 21 years, Laura Marie (Fortier) Brewer; brother, James Brewer; sister, Diana Cruzan and her husband Fred; son, Daniel; daughter, Desiree and her daughter, Alayna Stoey; his stepsons, Jacob McQuaid, Justin McQuaid and Justin's son, Hayden Alexander.
A memorial service will be held at 4:00pm on Saturday, January 5, 2019 at Willow Brook SDA Church, 8916 Mapleville Rd., Boonsboro, with Pastor Volodymyr Grinchenko officiating. A reception will follow.
To order memorial trees or send flowers to the family in memory of Sam C. Brewer, please visit our flower store.