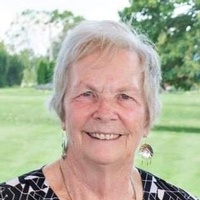 Sandra Lee "Sondie" Barnhart, 77, of St. Thomas, Pa., passed away, Thursday, February 28, 2019 at WellSpan York Hospital, York, Pa.
Born May 11, 1941 in Hagerstown, she was the daughter of the late Harold and Virginia (Black) Kiser. In addition to her parents, she also was preceded in death by her daughter, Julie Lynn Taylor and a brother, Kimmerly Kiser.
Mrs. Barnhart had worked for Coss Food Market, Westbury Fashions formerly Dorby, Washington County Hospital and Nick's Airport Inn.
She was a member of Shiloh United Methodist Church, Hagerstown where she was active in several committees and also leading services and greeting.
She was an active volunteer at Potomac Heights Elementary School where her granddaughters attended and became a grandmother to all the children, chaperoning field trips and being a cafeteria monitor. She also volunteered at Chambersburg Hospital.
Mrs. Barnhart is survived by her loving husband of 53 years, Arthur E. Barnhart; one son, James Barnhart; two granddaughters, Ashley Prindle and husband, Andrew and Amber Keck; four sisters, Ann brown, Barbara Wallech, Sherry Shoemaker and Sally McKee; two brothers, Wayne and Greg Kiser and numerous nieces and nephews.
Funeral services will be conducted on Thursday, March 7, 2019 at 1:00 P.M. at Shiloh United Methodist Church, 19731 Shiloh Church Rd. Hagerstown with Rev. Dionne Hall officiating.
Friends will be received on Wednesday, March 6th from 6-8 P.M. at Rest Haven Funeral Home, 1601 Pennsylvania Ave., Hagerstown and on Thursday one hour prior to the service at church.
In lieu of flowers memorial contributions may be made to the Shiloh UMC, Tea Ladies Fund, address above.