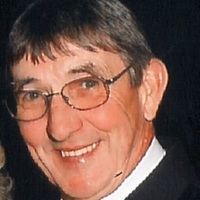 Scottie Lee Ends, 71, of Martinsburg, WV, passed away on Thursday, November 28, 2019, at his home while, surrounded by his loving family.
Born November 17, 1948, in Parsons, WV., he was the son of the late Doyle Cleophas and Lalah Nan (Jones) Ends. In addition to his parents, he was also preceded in death by a great-grandson, Brayden Carpenter; a brother, Lawrence Ends; and a nephew, Chris Ends.
Scottie was a proud veteran of the United States Army, where he served during the Vietnam war. He received several medals, including a Bronze Star and Purple Heart.
He was formerly employed at Quality Communications, Inc. and Clark's Motors in Winchester, VA, where he was ASC Certified as an auto body technician.
Scottie enjoyed racing, rebuilding and restoring cars. He enjoyed the outdoors, especially to hunt and fish. Every year he looked forward to tending to his garden and canning the harvest he grew. He had a love for life. He would always be seen laughing and was eager to help other's.
Scottie is survived by his loving wife, Gloria Jean (Drury) Ends; his children, Michael C. Ends, Stephanie L. Garnett, Angela D. Froebe; step-children, Kenneth L. Snyder and wife Dawn and Nicole R. Swope; two brothers, Paul "Donnie" Ends and wife Betty, Sherley Ends and wife Jane; two sisters, Irene DeMoss and husband Charles, Dottie Sponaugle and husband Bryan; a sister-in-law, Katherine "Kate" Ends; 11 grandchildren; two great-grandchildren; and his four legged best friend, Sandi.
The family will receive friends Monday evening from 5-7pm and again following the burial for a reception at the funeral home.
A funeral service will be held at 1:00pm on Tuesday, December 3, 2019 at Rest Haven Funeral Home, 1601 Pennsylvania Ave., Hagerstown. Burial will follow in Rest Haven Cemetery, with military honors being accorded by the Maryland State Honor Guard.
Memorial contributions may be made in Scottie's name to Hospice of the Eastern Panhandle, 330 Hospice Lane, Kearneysville, WV 25430.
To order memorial trees or send flowers to the family in memory of Scottie Lee Ends, please visit our flower store.