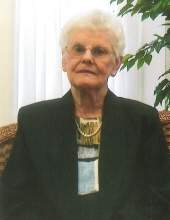 Shirley Louise Deau, 92, of Hagerstown passed away peacefully, Thursday, September 16, 2021, at Ravenwood Nursing Home, Hagerstown.
Born in Iron Mt., MI to the late Conrad and Ruby (Morrison) Swanson, Shirley and her family moved to a farm in Hermansville, MI for 17 years prior to moving to Norway, MI. Upon graduation from high school, Shirley became a licensed cosmetologist and earned a degree in Business Administration. While in Norway, she married Gilbert Anderson who was drafted during the Korean War. They traveled to various states and had their first child Barbara. Gilbert passed of polio in 1955. Later, Shirley met Robert Deau; married, and had a son, Keith. The family later moved to Hagerstown where Shirley has lived for 57 years.
Shirley always saw her primary role as mother and grandmother, but later went to work for the Homeowner's Foundation, the Washington County government, the Community Action Council, and finally the Hagerstown Housing Authority where she retired in 1992.
Shirley was a member of John Wesley United Methodist Church for 57 years, served on various committees, and taught Sunday school. In her later years; she was a caregiver for two friends, Marion Newlin and Robert Thomas. Despite failing health in the past ten years, Shirley never lost faith in her Lord and Savior Jesus Christ and always had an optimistic view of the future.
Over the years, Shirley enjoyed playing bridge, lunching with friends, serving with the VFW and American Legion Auxillaries, and socializing with friends at Parents Without Partners. She will always be remembered for her exceptional cooking.
In addition to her parents, she was preceded in death by both husbands, a sister Carmen Smeberg and two brothers, Richard and Wayne Swanson.
She is survived by a daughter; Barbara Angleberger and husband Roy, son; Keith Deau, grandson; Mark and his wife Dana, great-granddaughter; Kaitlyn, great-grandson; Jack, sister, Constance, two sisters-in-law, Doris and Patt, brother-in-law; Jim, and several nieces and nephews.
Honoring Shirley's wishes, she will be cremated and a memorial service will be held at the convenience of the family.
In lieu of flowers, memorial contributions can be made to John Wesley U.M. Church, 129 N. Potomac St., Hagerstown, MD 21740, Hospice of Washington County, 747 Northern Ave., Hagerstown, MD 21742, or the American Cancer Society, 1393 Progress Way #908, Eldersburg, MD 21784.
Online condolences can be made at www.rsthvn.com.
To order memorial trees or send flowers to the family in memory of Shirley Louise Deau, please visit our flower store.