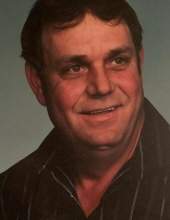 In addition to his parents he was preceded in death by his sisters; Doris, Jean and Vernitta, and brothers; Charles, Sam, Ray, Fred, Dale and Ricky.

Stanley was a roofer, having owned his own roofing business for over 20 years. He was a member of Full-Gospel Pentecostal Church in Martinsburg, WV. He enjoyed playing cards, spending time with friends and family and playing with his grandchildren. If anybody needed help getting something done, they could count on Stanley to lend a helping hand.

A funeral service will be held Monday, March 28, 2022 at 10 AM at Rest Haven Funeral Home, 1601 Pennsylvania Ave., Hagerstown, with Pastor Charles Donovan officiating.

Family will receive friends Sunday, March 27 from 6-8 PM at the funeral home.

Online condolences can be made at www.rsthvn.com.
To order memorial trees or send flowers to the family in memory of Stanley Earl Kegarise, please visit our flower store.