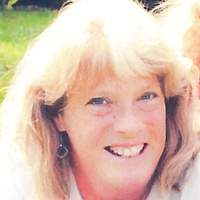 Tammy Sue (Andrews) Lynch, 50, of Hagerstown, passed away unexpectedly on Tuesday, March 5, 2019 at Meritus Medical Center.
Born September 7, 1968 in Hagerstown, she was the daughter of the late Oscar Robert and Madalyn Virginia (Suman) Andrews.
Tammy was a 1986 graduate of Williamsport High School.
She enjoyed traveling to the beach, baking, and spending time with her grand kids.
She is survived by her son, Josh Lynch and wife Melissa; her significant other of 30 years, David H. Baker; her sister, JoAnn Derryberry; and three grandchildren, that she absolutely adored, Joshua Stanley Lynch, Jr., Layla Lynn Lynch, Carter Stanley Lynch; and a nephew, Troy Derryberry.
In addition to her parents, she was also preceded in death by a nephew, Jamie Derryberry; and her brother, Larry Andrews.
A funeral service will be held at 1:00pm on Monday, March 11, 2019 at Rest Haven Funeral Home, 1601 Pennsylvania Ave., Hagerstown, with Pastor Rita Beeman officiating. The family will receive friends one hour prior and again following the funeral for a reception at the funeral home.
Inurnment will be private in Rest Haven Cemetery.
To order memorial trees or send flowers to the family in memory of Tammy Sue Lynch, please visit our flower store.