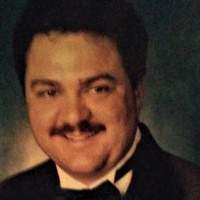 Terry Lee Carter was born in Hagerstown, MD on June 4th, 1954. Regrettably, Terry passed away on January 4th, 2019, at age 64. A dear, true friend to so many, "T.C." lived a life full of love, laughter, happiness, and service. It is very difficult to write such a short story about such a tremendous man. After graduating from North Hagerstown, he bravely volunteered for the U.S. Marine Corps during the Vietnam Era. Terry became a Rifleman and achieved the rank of Corporal. He was proud to be an American, proud of his fellow Marines, honored to serve us, and thankful for the service of all fellow Veterans. Terry was a real hero and an inspiration. Terry loved his family, friends, Jesus, sports, and fishing. He was an avid, life-long fan of the Baltimore Orioles and Dallas Cowboys. He spent much of his adult life working hard as a local and regional truck driver. Just by living his life, Terry taught many people around him to love, to have fun, and to work hard. He could turn any gathering into a party with his humor, practical jokes, and contagious laughter.
Terry is survived by his wife Libby, mother Peggy Carter, his brothers Rick, Bryon, and Vincent Carter, his son Terry Carter II, and grandson Camden Terry Carter.
He was preceded in death by his father, Alton (Tom) Carter. He was deeply loved, he is profoundly missed, and he will always be remembered. While proudly serving in the military, Terry suffered exposure to harmful chemicals. Many decades later, he became ill. Like always, he fought hard and never gave up. Ultimately, complications related to chronic kidney disease took his life. "No greater love has a man than when he lay down his life for his friends." Please join his family for a memorial service on Sat. April 6th, 2019, 1:30 PM, Rest Haven Cemetery, Hagerstown.
To order memorial trees or send flowers to the family in memory of Terry Lee Carter, please visit our flower store.