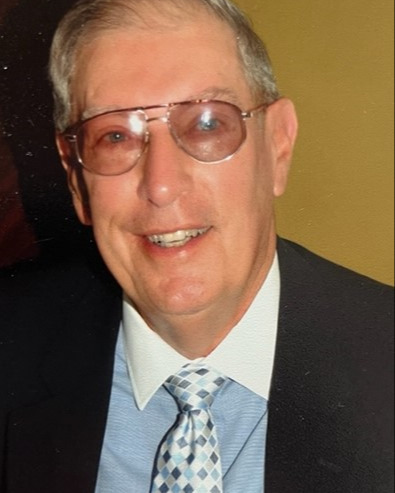 Terry Lee Mose, age 90, a life-long resident of the West End of Hagerstown, passed away peacefully, Monday, December 19, 2022 surrounded by his family at Doey’s House.

He was a member of Grace United Methodist Church.

A 1950 graduate of Hagertown High, Terry was a gifted, competitive athlete who experienced a stellar high school baseball and basketball career. In 1949 he was selected American Legion Maryland Pitcher of the Year. Terry’s baseball career continued after high school when he played for the Sharpsburg Bluebirds in the South Mountain League. He later played for Security NACCO and the Antietam Redbirds in the Independent League.

An avid sports fan, Terry was a die-hard Baltimore Orioles fan and member of the University of Maryland Terrapin Club for many years. Through his various businesses he supported local high school and amateur sports. Terry was an umpire for area adult baseball and fast pitch softball leagues and was a high school basketball referee in the Tri-State area. At West End Little League, Terry served in various league officer positions and as a team manager.  Over many seasons Terry played, coached, and served as president of the Hub City Basketball League.

Terry and his wife were active members of the Winter Street Elementary School Alumni Association who raised money to support the needs of students and teachers at the school.

The family will hold a private service. In lieu of flowers, please send a donation to support The Salvation Army of Hagerstown, P.O. Box 747, Hagerstown, MD 21741.

To order memorial trees or send flowers to the family in memory of Terry Lee Mose, please visit our flower store.