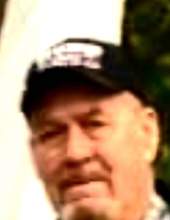 Mr. Judd was a self employed truck driver and later drove trucks for Craig Paving.

He was a former member of the Moose Lodge and Sons of the American Legion, Williamsport.

Mr. Judd loved his family and was a devoted family man. In addition to being a handy man and a outdoors man he enjoyed raising farm animals and he showed horses for over 30 years.

Friends will be received at the funeral home on Tuesday from 6-8 P.M.
To order memorial trees or send flowers to the family in memory of Terry Wayne Judd, Sr., please visit our flower store.