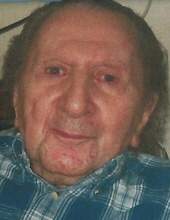 Born on November 28, 1921 in New York City, NY Thomas was the son of the late Concetto and Anita Arcidiacono. Thomas is also predeceased by his wife of 65 years, Mary Fitzgerald Arcidiacono; as well as his brother, Joseph Ardiciacono; and his son, Gary Arcidiacono.

Thomas moved from New York City to Baltimore to work for Martin Marietta, designing planes during WW II. He moved from Baltimore to Hagerstown in 1948 and worked for Fairchild's as an Aeronautical Engineer until his retirement.

Services will be private at the convenience of the family. Condolences can be made online at
www.rsthvn.com

Rest Haven Funeral Home, Hagerstown is assisting the family with arrangements.
To order memorial trees or send flowers to the family in memory of Thomas Arcidiacono, please visit our flower store.